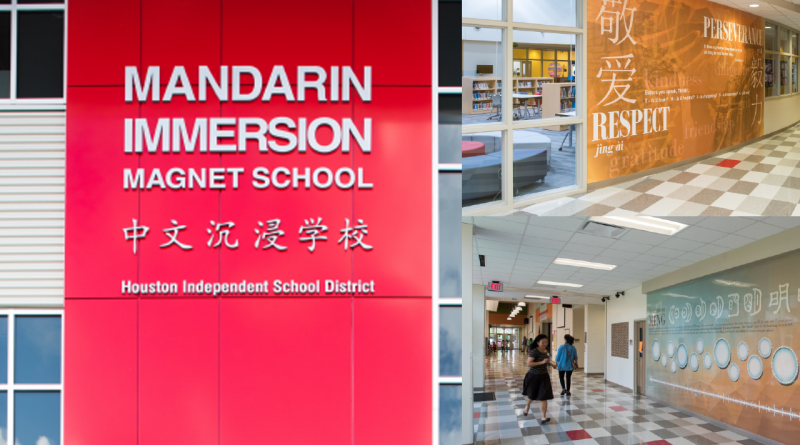 At the school bus stop, the students look like they could be waiting for a ride to any school in Houston. They come from racial and cultural backgrounds about as diverse as their community. What sets their educational experience apart from that of students at other schools is that over half of their school day is conducted in Mandarin Chinese.

From the moment the students get off the bus and enter the new Mandarin Immersion Magnet School (MIMS) their world is transformed into a blended environment of American and Chinese culture and language. Reading, writing and speaking, even learning other subjects like math and science, is done in Mandarin Chinese. At the school, all the signs include Mandarin names and descriptions. Cafeteria? That’s the zìzhù canting. Looking for the playground? Try the cāochang. Need to find a bathroom? Look no further than the yùshì.

Originating from a progressive vision of the Houston Independent School District, the Mandarin Immersion Magnet School is one of the largest immersion schools teaching Mandarin in the United States. Students attending MIMS are immersed in a culture-rich environment, allowing them to become bi-cultural and bi-literate citizens.

Since 2012, 500 pre-kindergarten to second grade students have begun their English and Mandarin dual-language education in a small elementary school built in 1953. As the students have progressed into new grade levels from year to year, additional grades have been added to the school’s program to address increased interest from students and families. Currently, the school serves students in Pre-kindergarten through sixth grade. To accommodate the increase in enrollment and the two new grades that will be added by 2018, a new $32 million campus was added to the Houston Independent School District’s 2012 bond program. Students, faculty and the Houston community celebrated the grand opening of the new building in the fall of 2016 with a ceremony that mirrored the cultural essence of the school. A traditional Chinese Dragon was paraded through the assembly room before the ribbon-cutting ceremony, undulating with the movement of each of the puppet’s handlers and representing an appeal for good luck for the new school. Students also addressed the crowd gathered for the event, in both English and Mandarin.

The building design reflects the unique educational program of the school and is based around a Mandarin Chinese word meaning future and brightness. The academic wing of the building includes a light-filled three-story learning commons at its core. The learning commons provides collaboration spaces in the corridors adjacent to the perimeter learning centers. Each learning center has access to a collaboration space and is flooded with natural light.

The evidence supporting the academic and intellectual benefits of this type of school program are overwhelming. Research shows that knowing a foreign language improves job prospects in adulthood and multilingual adults display a greater cognitive flexibility than those who only speak one language. Immersion programs have also demonstrated that students in these types of programs perform better on standardized tests, like those administered by state boards of education to measure student achievement and progress. Young children also have the ability to adopt proper second-language speech patterns at younger ages while their speech patterns are still being developed.

As with most education programs, there are implications of economic benefits, too. Mandarin is spoken by about 1.2 billion people and has become a powerful language for international business. Equipping students with a language they can use to communicate with a major trading partner in a global economy opens doors for career and business opportunities.

The economic benefits of a dual-language education are not only limited to the students, but the greater Houston area, as well. In developing the school, the district sought the input of the Chinese Consulate for economic outreach and cultural authenticity of both the program and the new 120,000 square foot school. Houston is an international city and this project can be a catalyst for attracting Chinese investment.

It wasn’t just the need for more space that prompted the school district to build the new facility. The opportunity to develop and operate a 21st century school in a facility specifically-designed for modern teaching pedagogies was important for the school to achieve its vision to immerse students in a culture-rich environment that allows them to become balanced bi-cultural and bi-literate citizens for the global economy.  Flexible, reconfigurable classroom arrangements, operable walls and shared activity spaces where students can present, collaborate and study independently are all characteristics of 21st century school design considerations that work in concert with next-generation school operations to increase the levels of student academic achievement.

Early in the facility planning process, school construction program management specialists from Heery International brought together the school district representatives, the students and their families, members of the community, representatives from the Chinese Consulate and the architectural design team to align the building to its purpose of serving the various interests while staying true to the vision and maintaining the budget. Heery then carefully coordinated this intent throughout the project development process and ensured that when Statterfield & Pontikes Construction was brought in as the general contractor to build the new school they had the information needed to build the vision into reality.

Along with serving as an immersion magnet school for HISD, the campus doubles as a public community center and a space used by the local Chinese Consulate for after-school events. A walking-track and public park is situated next to the school and a public conference room and Asian community center were also included in the construction of the new campus. The multi-purpose room includes a large operable wall that can be opened for large school performances and community functions. The stage platform continues to the exterior providing a space for outdoor instruction and performances.

Project Advisory Teams composed of the various stakeholder groups were formed to coordinate the capture of input and then provide feedback on the progress to the community for each phase of the project from beginning programming, through design and construction.

“What really set this project in motion was all of the stakeholder input from start to finish.” said Albert Wong, Program Manager with Heery International. “During the construction and design phases, Heery managed and directed Project Advisory Team meetings which included PBK Architects, Principal Chaolin Chang, Assistant Principal Dane Roberts, some of the school’s instructors, local community representatives and parents who provided continuous input during this process. In fact, one of those parents was an HISD Trustee, who was actively engaged in providing valuable input for this school’s particular program needs.”

The meetings helped guide the overall development of the school and served as a forum for public input, as well as a clearinghouse for communication of project progress. Participants played a role in shaping the school’s design from the types of spaces inside the building to the finer details of project paint, flooring, furniture fabrics and finishes, as well as the siting of a public park space connecting the school to the adjacent residential neighborhood.

“The outreach and inclusion efforts have helped the public see the value delivered to the community through the portion of the bond that is staying in their neighborhood,” said Gary Whittle, senior program director with Heery International.

The Project Advisory Team process served to encourage public ownership of the project. Rather than be simply subjected to progress reports involving details that were developed independently, the public was engaged in the process and vested in the project. The Project Advisory Team members were also part of public meetings involving budget status reports, schedule progress, educational specifications, and construction work schedules, among other things. As a result of the public outreach, the community was active in its development and well-informed on project details.

The new school project benefited from the public support earned through good communication and involvement. Early on in the project, HISD faced budget concerns due to rapidly rising inflation in the local construction market. As an unfortunate result, some amenities were deducted from the scope or deferred to a later date. Several groups, including the MIMS Parent Teacher Organization, the St. George Place Civic Association, the School at St. George Parent Teacher Organization and other groups raised and contributed funds to help keep some of these amenities in the plan. As a result of their commitment and generosity, the walking track around the site, the new playground equipment and the site furnishings remained in the project’s plans. Additionally, the local Tax Increment Reinvestment Zone (TIRZ) group contributed funding to upgrade the perimeter fencing from a standard chain link fence to a wrought iron ornamental fence, adding to the aesthetics of the school and neighborhood. The contributions from all these organizations helped the school feel welcomed into their new neighborhood.

The resulting school building is one that progressively achieves the school’s goals and will continue to serve the students, families, neighbors and the entire community well into the future.

About Shane Kane
Shane Kane, LEED AP BD+C, is a marketing specialist at Heery International, a professional services firm focused on the built environment.  Through working closely with design and construction professionals and the people they serve, he’s earned an appreciation for the characteristics of great education spaces, buildings and campuses, and the collaborative spirit that is a critical part of all successful buildings that serve the public. 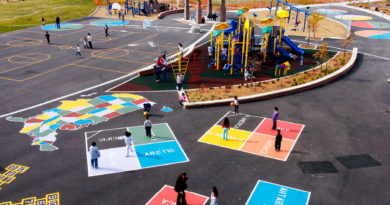 The Evolution of Outdoor Education for Schoolchildren

April 11, 2019 A4LE Comments Off on The Evolution of Outdoor Education for Schoolchildren 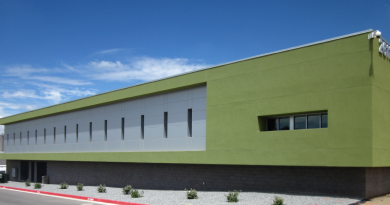 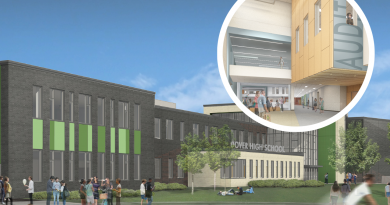 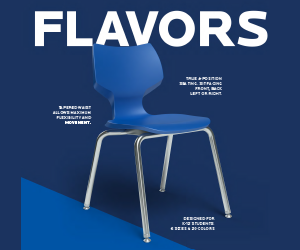 December 1, 2018 A4LE Comments Off on 2018 Project of Distinction Award Winner